I was out and about with my Leica IIIa with a never before tried film emulsion, Kodak Tmax 400. Heard saying that it was nice stuff with finer grain than my ‘normal’ HP5 or Tri-X and I wanted to test it out.

For the first 20 frames I had my super sharp Industar 50 lens on the camera. It’s by far the sharpest lens I have for my IIIa and would be perfect but for those flares…. It’s a coated version but it flares in direct sunlight.

The rest of the roll was shot with the Leitz Summitar, a notably softer lens. No, Leica did not always produce that extremely sharp glass. The rendering is definitely ‘retro’, with a slightly swirly bokeh… if I have to use that word – really don’t like it. Let’s call it ‘out of focus rendering’. It’s longer but I prefer.

So where was I? Ah yes, the Summitar…. freshly cleaned, not much traces on the lens elements apart from a small scratch but nonetheless this nice vintage, soft look.

So all is well, none of my thread mount lenses are perfect, far from it, but all have a lot of character.

But let’s get back to the film. After scanning the negatives I was happy to see much less grain than on HP5! Of course, HP5 developed in Rodinal is reputed for huge grain, but the same developer produces much better results with Tmax.

Now what I still don’t know is how far Tmax can be pushed. If anyone has some information about that, please let me hear it!

By the way, I worked on the scans in MacPhun’s Luminar, a really great editor that I like a lot. It’s really very easy to use, even by me. And the user interface is adaptable, with tools you can assemble to your taste and needs. And it supports layers, unlike Lightroom.

And of course, Luminar does not come with a life sentence of monthly payments. It’s a one-shot buy with nice free updates. The only thing that’s still missing is a cataloguing function, but that’s in the works for a future update! 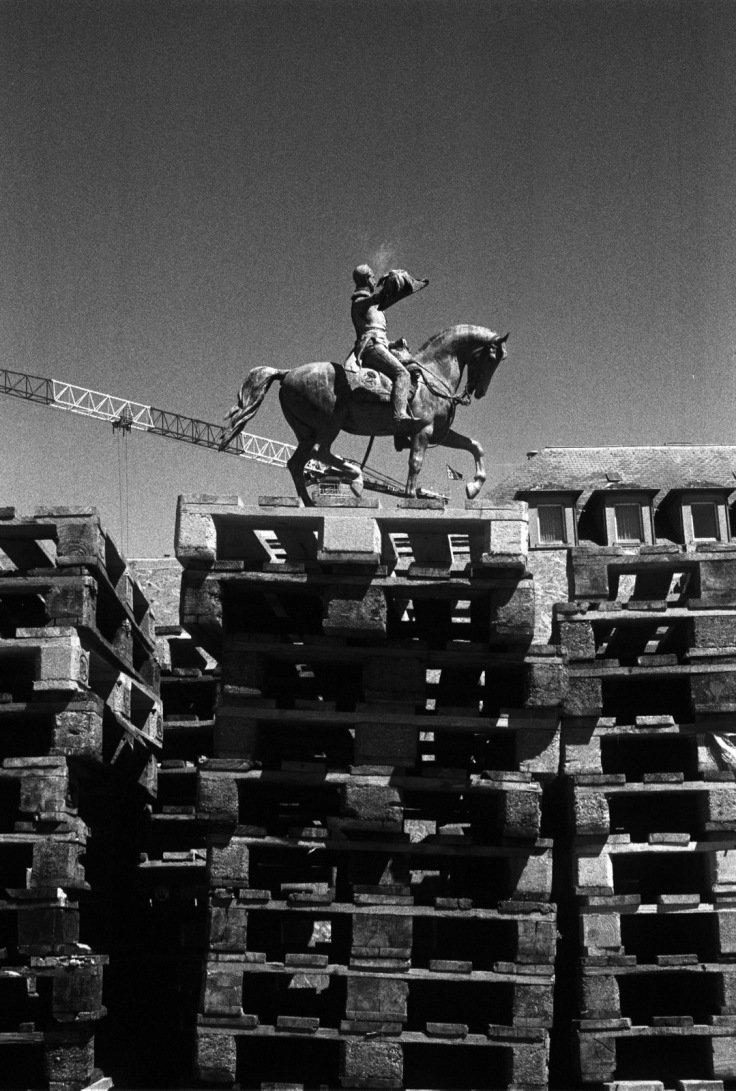 And it works really nice as an external editor for Apple’s Photos which is a good point for me. Lightroom is a bit too heavy for me. I really struggle to wrap my old brain around it’s functions and possibilities. By the way, a PC version of Luminar is in beta-testing right now, to be released real soon!

And as a film shooter, I love Luminar’s spotting and cloning functions (eraser) that works in my eyes much better than Lightroom’s version. Lightroom sometimes struggles to clone the correct spot, leaving nasty traces while Luminar corrects any dusty or hairy residue near flawlessly… if a bit slower.

But enough of that technical stuff!

Here’s the essence of this post: Another reason for me to love film! 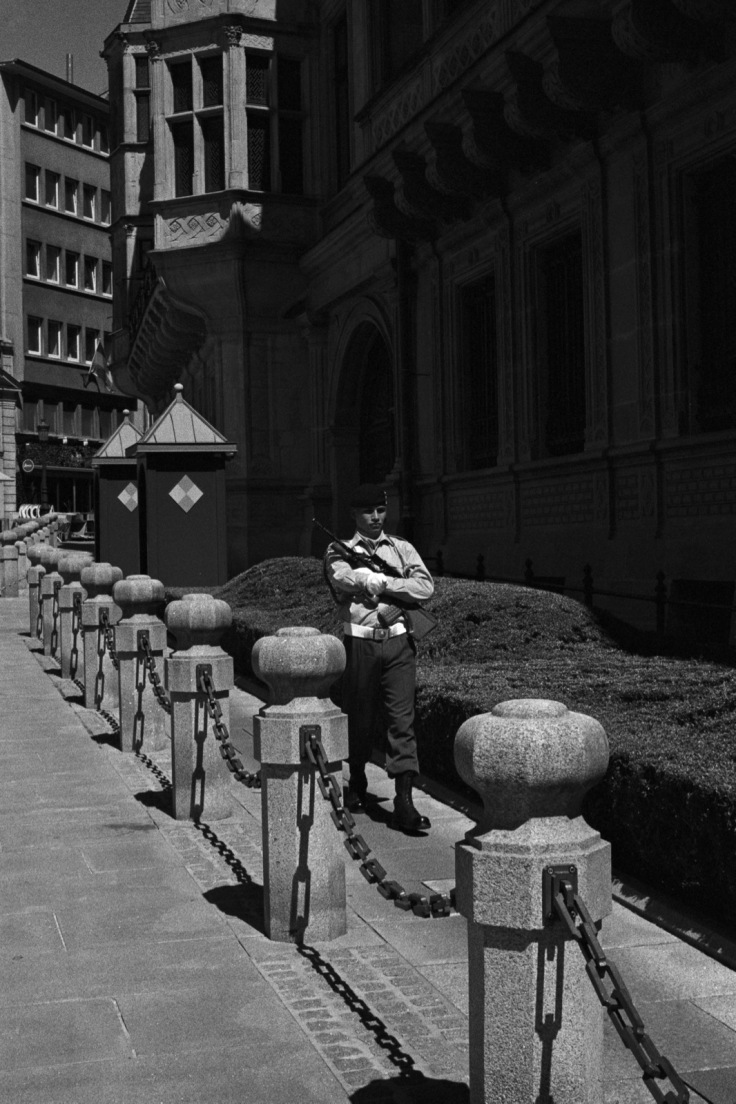 When I scan my negatives (still no permanent darkroom possible to wet-print and too much hassle to occupy the bathroom…), when I see them appear on screen, when I take a first look, there’s a bond that is created with that photo. A bond that existed already when I shot it. It’s now reinforced. I look at the photo and I see the possibilities, I see it just as I imagined it the moment I shot it.

After, when I work on it in Luminar or Lightroom, I have a real relation to the photo. A relation that is simply missing for me with digital files from an SD card.

And as I like the ‘imperfect’ film look, I have to work much longer on each digital frame to get it to look the way I want. Film has my preferred look built in. Some quick jabs at contrast, light and black sliders and I’m mostly done. Well, there’s the spotting, but I’m working on keeping my negatives dust free…. 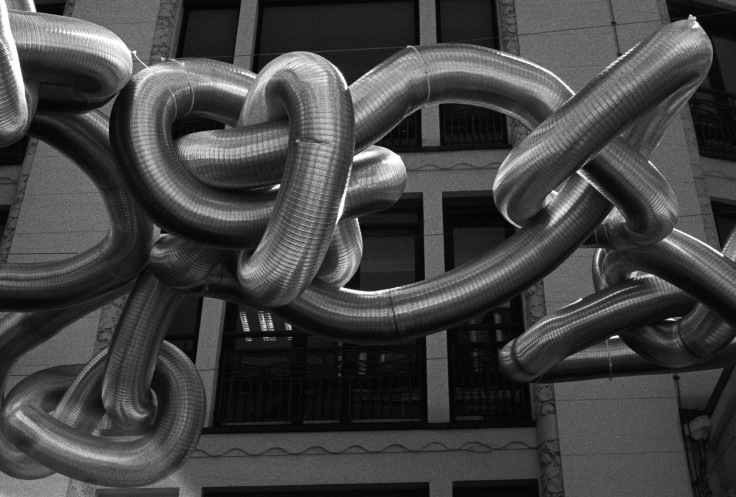 This is my opinion, just my feeling, and you might well think different. It’s just a fact that for me film holds much more emotions than digital. 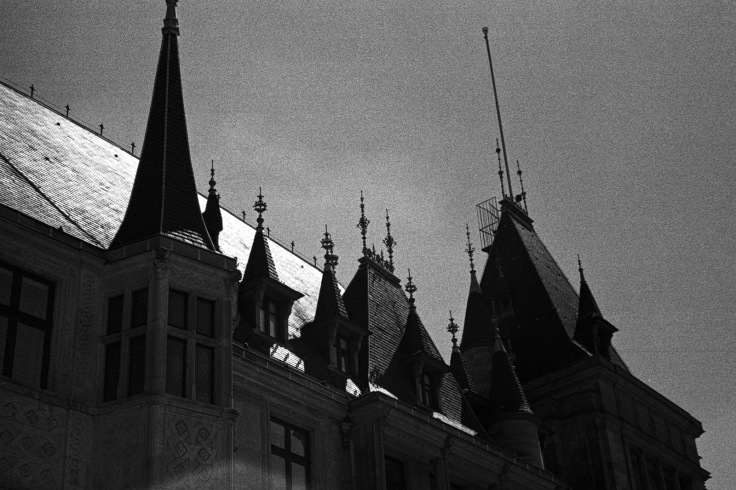 Ah yes, back to Tmax…. for cheapskates like me, there’s a nice twist to this emulsion. Apparently the Lomography Earl Grey film is rebranded Tmax 100 and Lady Grey is rebranded Tmax 400….. and they are CHEAPER than the real ones! Bundled in 3-roll-packs you can save some dollars, euros or other on film by going to lomography.

All in all, I like that emulsion and I will certainly use it extensively in the next weeks and months. Play with it, find it’s limits…

As I see it, Tmax gives my a lot of what I like right out of the box. Nice contrast, rather finer grain than HP5 and a look I just like!

Thanks for passing by!

17 thoughts on “One more Reason why I prefer Film”