No, it’s not because I’ve been mostly sitting at home for over three months now nursing my foot. Even before I pared down my camera stable to these three cameras.

They each represent a camera class in it’s own and I’ll first try to explain why I kept these specific cameras. 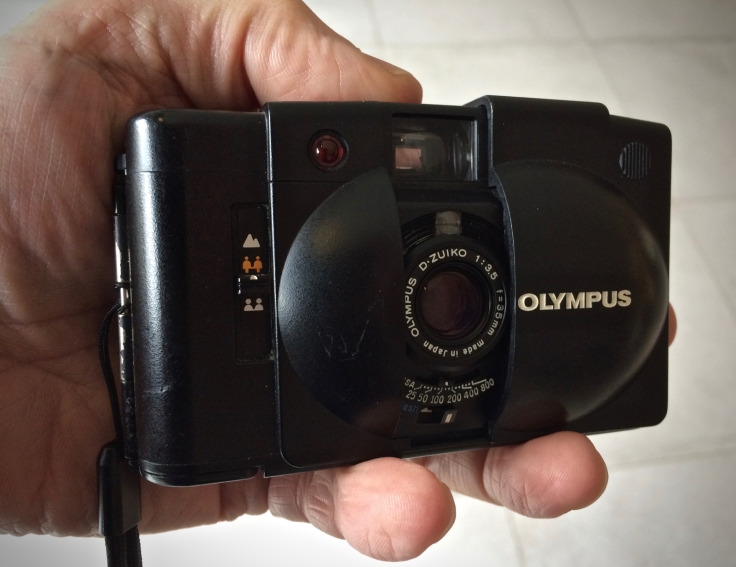 Why the XA2? Well, if I take a look at my favourite photos of the last 5 years, the absolute majority was made with this camera. Not this specific one. It’s true, several times I sold an XA2, only to start longing for another one and buying one back.

Not that the XA2 is the perfect camera. Certainly not! It has it’s quirks.

There’s the so called dust cover, the sliding lid that turns the camera on. Sometimes it’s not completely open and the shutter is blocked…. annoying in the decisive moment. Then there’s the minimum focus distance of 1.2m (4 ft)… Often a terrible restriction.

But then again it is small, very small, and it fits in any pocket! And despite being mostly made of plastic, it feels sturdy and it is sturdy. Of course I’d not try to let it fall onto some concrete…

Next in line there’s the Asahi Pentax Spotmatic SP. 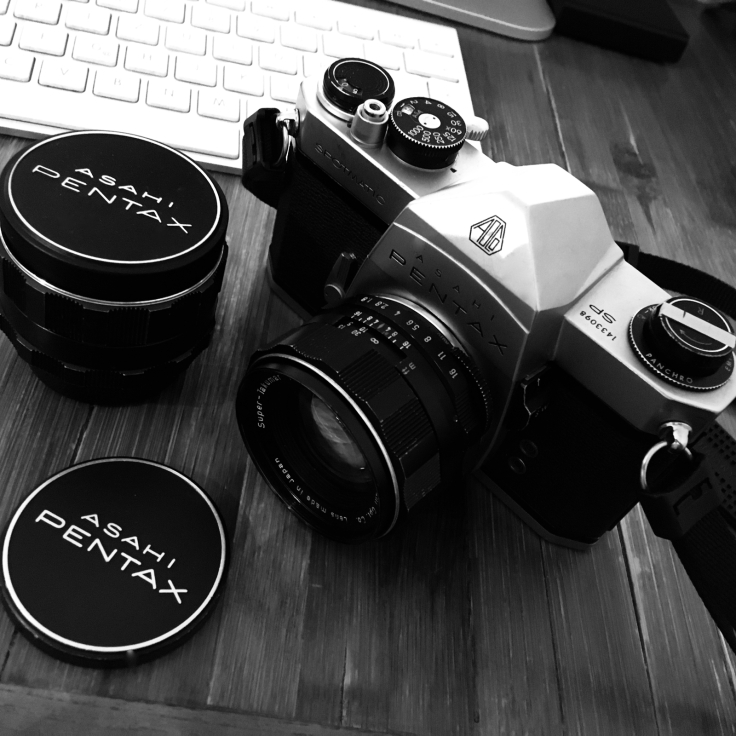 Although I have a 28mm Takumar lens too, the radioactive 55mm f:1.8 is pretty muchh welded to this gorgeous camera.

The Spotty is as basic as an SLR can get. All manual with just a shutter speed dial and integrated ISO setting and of course the aperture ring on the lens. The meter is powered by a hard to find battery, and it measures light with a closed aperture only….

Tough stuff, no? No! Not really. I’m happy to live with those limitations as this camera feels so extremely well in hand. It’s solid, as in carved out of a block of steel. All the controls firmly click into place and are easy to reach. And the lens…. ooooohhhhh yeah, the lens is a marvel. There’s magic in that word: Takumar!

My third camera is Oskar, the Leica IIIa. 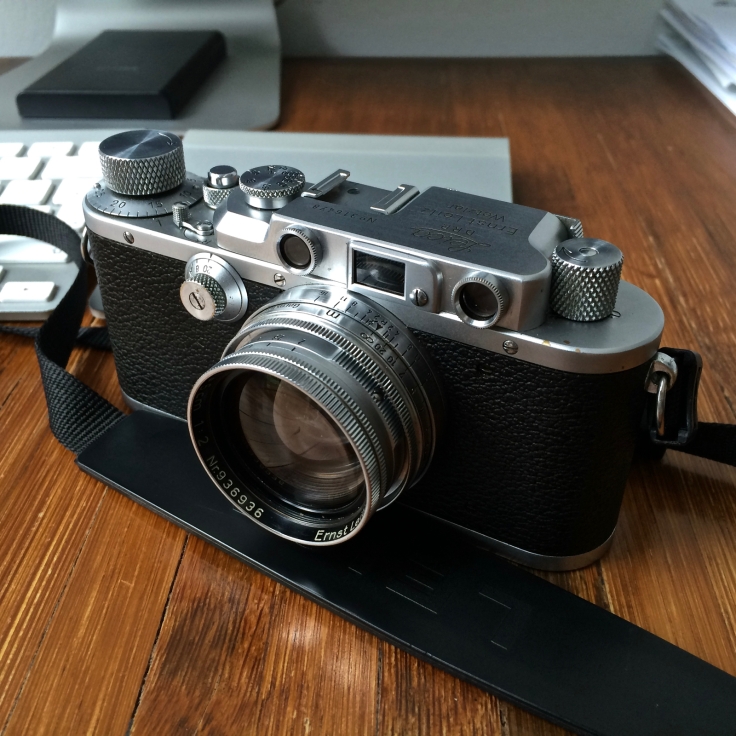 With the only lens I kept for it, the Summitar 50mm f:2. Oskar will be 80 this year! Still going strong though.

Long time readers of my blog might know the story behind this camera. So you might think that I kept this one only out of some nostalgic feeling. No, far from that. And it’s also not out of a lust for Leica… there’s more practical Leicas out there, albeit more expensive.

No, the Leica IIIa is simply a masterpiece. A work of art. A finely crafted tool that makes me love to make photos. And of course I spent a lot of dough to get it serviced…. duh!

Of course the Leica IIIa like the rest of my cameras is far from perfect. It has separate viewfinders for focusing and composing, those Viewfinders are fearsomely squinty, at least with glasses.

Loading such a thread-mount Leica with film is a terrifying experience. Luckily, I tend to shoot less than one film a day so I don’t have to swap film often when I’m out with the camera. 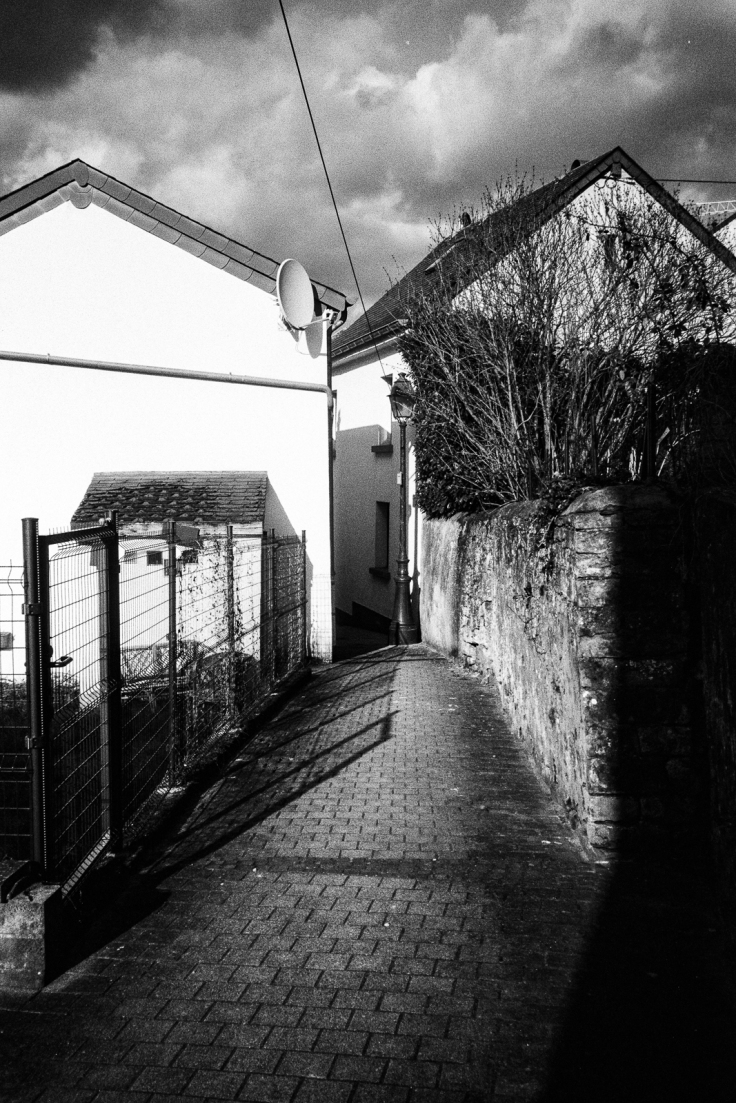 But now we come to the part where I have to explain why I kept only three cameras out of dozens I owned over the years, and why I limit myself to such a point when there are all those film cameras out there for a ridiculous price… mostly.

As I said many times before, and as I have discussed with Dan James of 35Hunter fame, the most important rule in photography, at least for me, is LIMITATION! Strange, you might think. Why limit yourself when you can have anything you want (or nearly) in film photography at rock bottom prices? 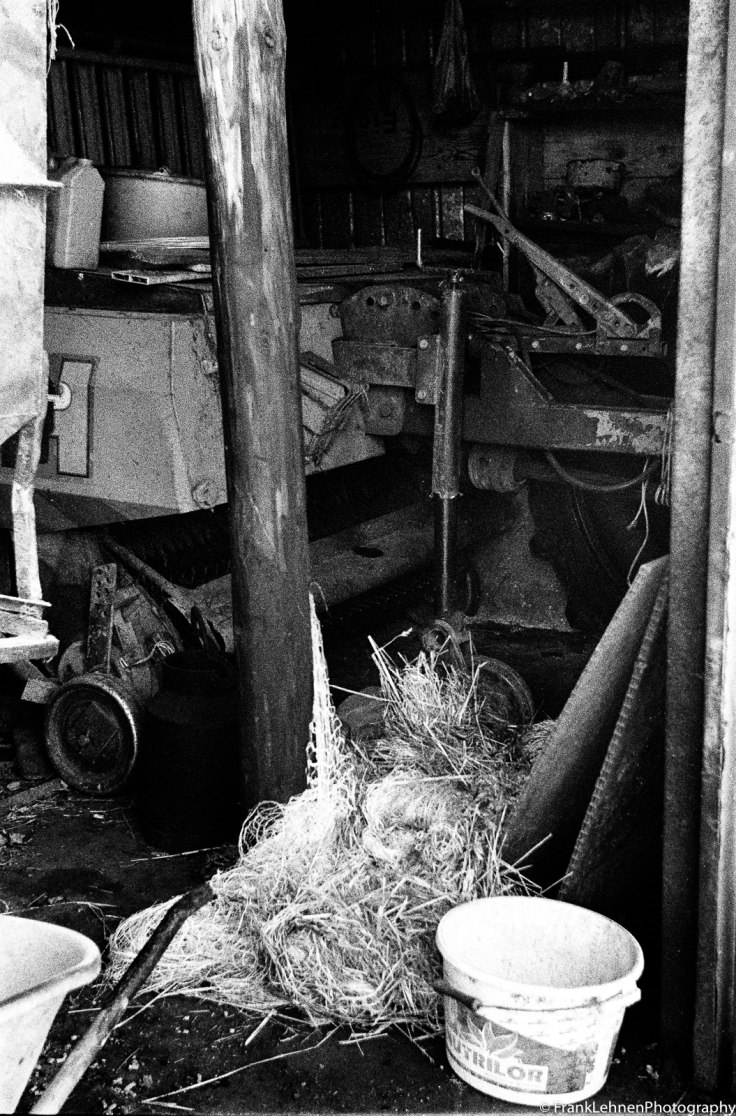 And here we come to the same point that makes me dislike digital photography, or rather digital cameras. The paralysis of choice! Too many choices, too many menu options, too many film emulations…. that is what kills the fun for me.

And it’s exactly the same when it comes to film gear. I had many cameras at some points of the last years. Most notably there was a period when I owned a Canon AE-1, an A-1, a T90, T70 and T50 together with a brace of FD glass. Then of course the Leica IIIa and the XA2 but also a (short lived) Ricoh GR1 and a Contax Tvs (wonderful camera!!). All were always loaded with film. All did not fit in my bag of course. So each time I went out I had these choices to make. and when I was out and about with one or two of the the SLRs I had those lenses to swap around. Weight to carry, decisions to make… definitely not my beer!

Deep inside I knew that I want to have just one camera with me, one film loaded, preferably HP5, and if only possible, no camera bag. Well, the bag always serves to carry a book when I go to work.

And then, the limitations the cameras impose on me and my photography really help me. They help me to see the world with the cameras angle in mind, with it’s capacities in mind. If I use only 50mm lenses, that field of view is ingrained in my brain. I see in 50mm. When I carry the Olympus XA2 and I see a scene I automatically find myself in the right position to capture it with it’s 35mm lens. 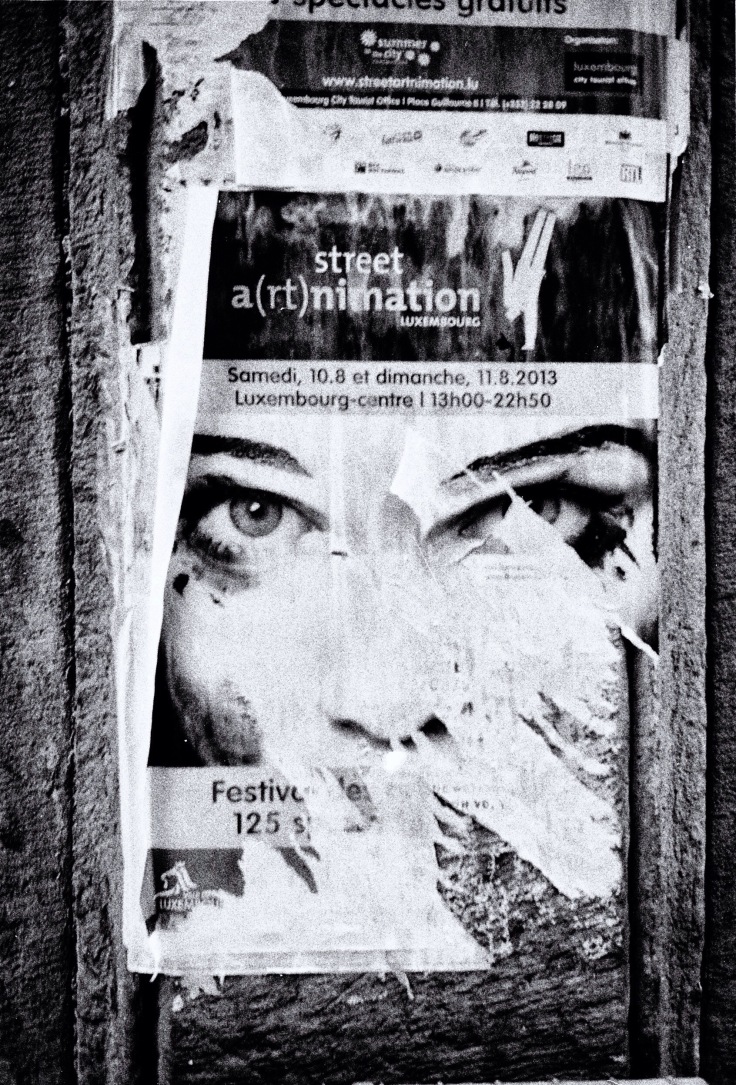 Try that when you use lots of lenses! And don’t tell me about the benefits of zooms…. they are for lazy people. Just kidding! But I prefer fixed focal lengths any day.

So these are my reasons for staying, for the moment, with only those three cameras. And I deliberately say ‘for the moment’ as this might still change. There’s two cameras I’m not 100% sure about… the Spotmatic and the Leica. I’m still thinking about reducing my gear at bit more but the verdict is still out.

Anyways, when I way young I had a Canon AE-1…. only! And I used it extensively. A limited camera for sure, and only one. Never did need more.

What is your take about reducing gear? I’d love to hear your opinions.

Thanks for hearing me out.

23 thoughts on “Why I’m down to just THREE cameras!”