…and no, this is not about the use of these two film types. This is rather about how I process the negatives. More precisely about the difference of said processing.

As you might know, despite a nice and promising test with bathroom-turned-darkroom-printing some months back, time and space force me to rely on scanning my negatives. I would have loved to push with wet printing on and refine my technique (or try to even work out a technique in a first time) but it is simply not doable.

So it was back to scanning. A little less time consuming as darkroom work and much easier on the other people of my household who can use the bathroom as needed.

And while I have been scanning my negatives for some years now, I have noticed some pattern that evolved in how I handle color negatives and black and white ones.

But let me go back some two years to the moment I chose my favorite scanning software.

I had been using Vuescan 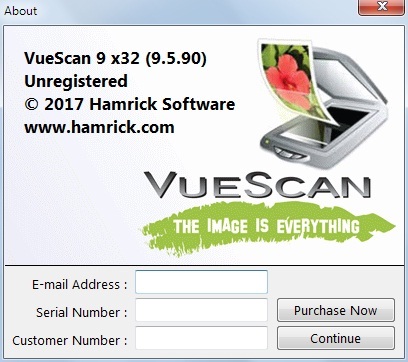 with some success in the previous years and had always scorned Silverfast.

That ugly, complicated user interface, extremely overloaded with all those options, menus, buttons and sliders. A digital nightmare! A piece of software that, to me, seemed to be programmed by a drunk teenager.

I certainly read some positive reviews about it but there were a lot more scathing ones.

But then I tried some color film and Vuescan simply did not cut it. It was very hard to achieve decent results with even approximately coherent color rendering. Despairing, I dug out my Silverfast licence again and started experimenting…. and I found out something!

If you just let all the settings in Silverfast be, just ignore them, and only set the scanning resolution and the correct film type in NegaFix, you’re doing something right. The resulting scans are looking good and correspond to the look of the film stock you used!

So here you have my workflow for color film:

@ Import to Apple Photos and do some cleaning up. There’s always some dust on the negatives, no matter how careful you are

@ No further adjustments…. unless I got the exposure wrong or skewed the horizon once again

The results look good (to me at least) and just call for a minimum of work. Irreversible Photography some might call it! Or at least my film version of it. The resulting scans are quite true to the nature of the film type I used. And that’s what I want for color photography.

Black and White film on the other hand is, for me, a much more personal affair. With monochrome film I don’t try to render the inherent contrast or grey balance of the film stock I used. Be it HP5, my favourite or Tri-X or even Fomapan, it makes no real difference to me. I always try to achieve quite high contrast results. Somewhat on the dark side you might say.

Of course I am picks as to my films. As I said I like HP5 a lot, and the results in Rodinal are real grainy delights! But some times I prefer less grain, so I use T-max 100 or 400. Or I might go on one of my ever popular early morning photo hunts…

As you can see, with black and white I don’t select my film stock according to the film’s look. I am editing my scans too much to retain the specific film’s proper aspect.

Sorry if I offend the purists here but that’s just the way I like my black and white film. Purely a personal decision!

@ Scan with Silverfast with a basic setting giving a nice flat scan containing all the information I need to process.

@ Import to Apple Photos and here is where the fun starts!

@ I hunt for dust, straighten the photo (I seem to have a problem with the horizon) but I usually don’t crop.

@ I edit the scans with Luminar or Picktorial from inside Photos and I use the very powerful tools to get the look I want. I adjust the blacks and whites, highlights and shadows, the contrast and exposure. Then I add a pinch of clarity or some such and fiddle with the settings until I am happy.

@ Sometimes I cheat and use presets… 😔

Much more involved and time consuming if you ask me (but who does ask me?).

Now one thing is cerainly true: This look I like, which is quite uniform, could be achieved easier by using a digital camera with the right settings and a good jpeg output…. True! Works even for my iPhone photos!

I could even add some artificial grain to get that film look! Yes, I know, it’s sacrilege to even think such stuff and here I go and write it for everyone to read.

Get those torches and pitchforks! I’m wait for you!

But I’m not ready for that… perhaps one day I’ll find a digital camera that ticks all my boxes. The possibilities are there. An I’m not afraid to do fake film, hehe.

So where does that leave me?

With a simple, straightforward color film workflow and a rather more complicated monochrome one!

The striking thing is that I instinctively treat those different film types in completely opposite ways. I did not make a conscious decision to go either way with colour of black and white but it has evolved this way over the years.

What do you think about this? I’ll be happy to read your comments. And remember to tick the “Notify me of new comments via email” box to follow the conversation.

Thanks for stopping by!