Some think that bright sun is good for colours.

I don’t hold with that rule. I prefer black and white in bright sun to bring out the lines, the light and shadows and the structures. 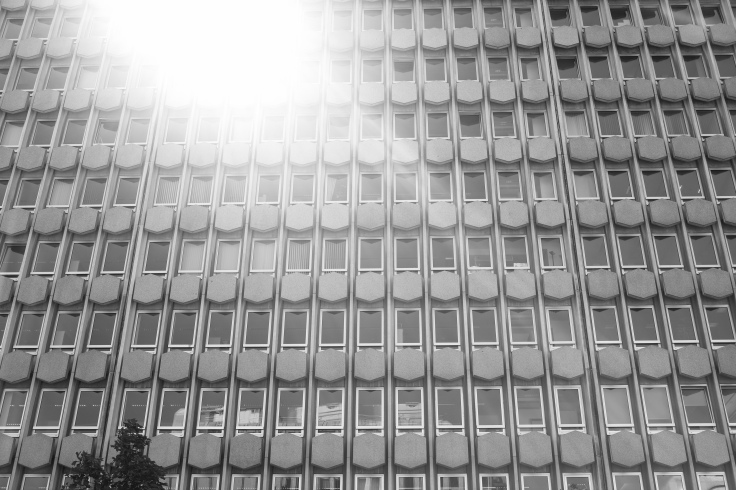 So accompany me on a walk during my lunchbreak if you like.

Speaking of strong lines, all those new buildings growing in the centre of the city have them.

You really can’t miss them. You just have to look up, to see the photos that are there for the … ahem making! Yes, I don’t like to take a photo. That seems just too rough. I won’t take anything from anyone. I prefer making a photo.

If you take it, there’s no creativity involved. You just take it. If you have to make it, it’s clear that it was not there ready made. You were involved in seeing, framing and developing it to your taste. No matter if you use digital of film, it’s an act of creation.

And yes, it’s not only buildings…

What an idea, lounging here, just in front of the fence barring access to the playground.

The heat was crushing… 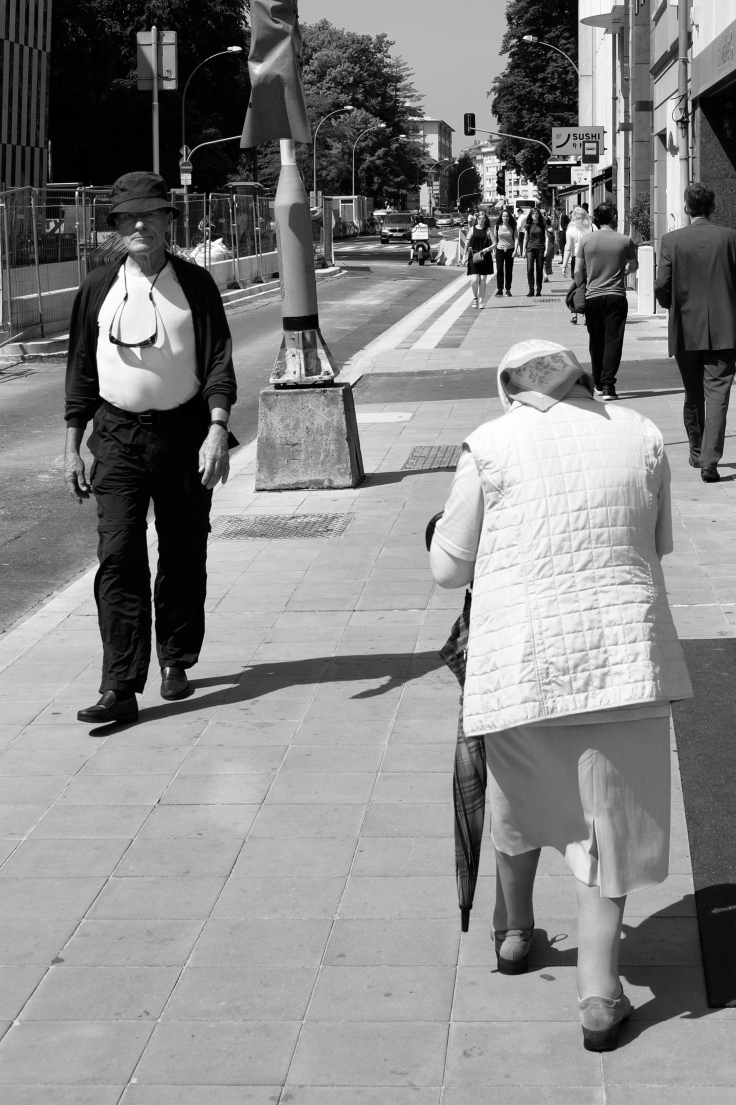 People walked slowly, for once no one was hurrying.

And just to say, Luxembourg is the european headquarter of some well known firms.

And of course the everlasting works. Never ending….

We have long suspected that our government is on a devious scheme to open up as many  construction sites as possible just before the tourist season. And all this only to halt them over the summer holidays.

What do they expect from this? Apart of wracking our nerves! 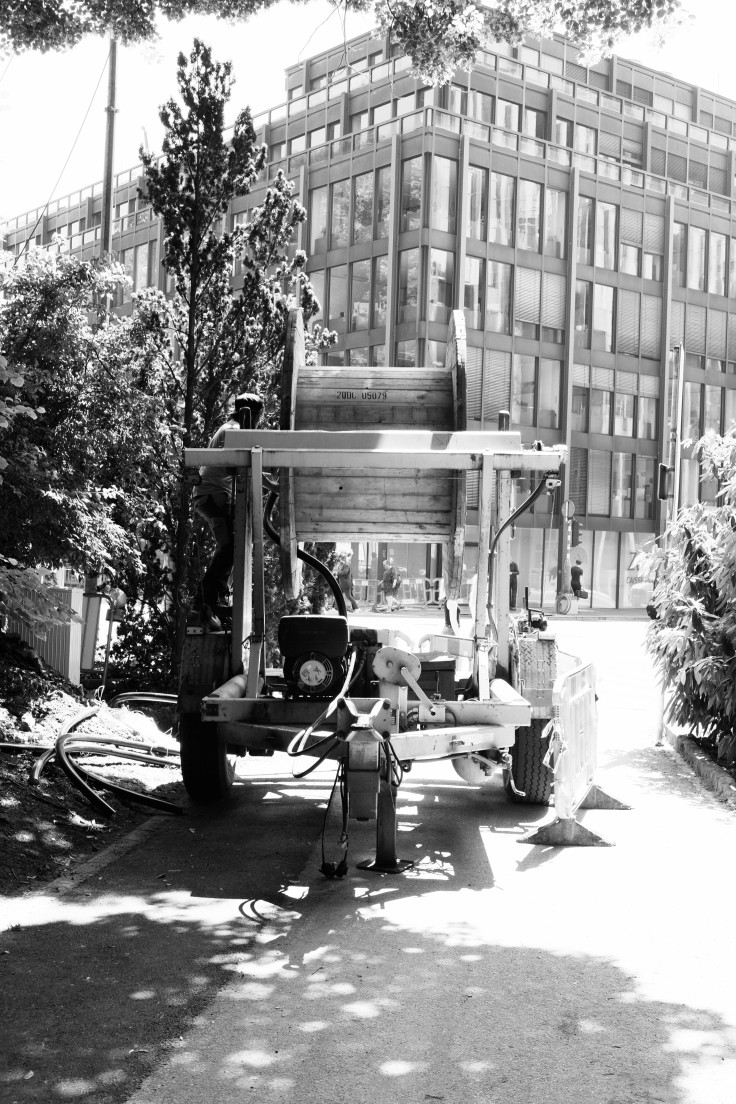 Thanks for walking with me!

9 thoughts on “Black and White Streets”